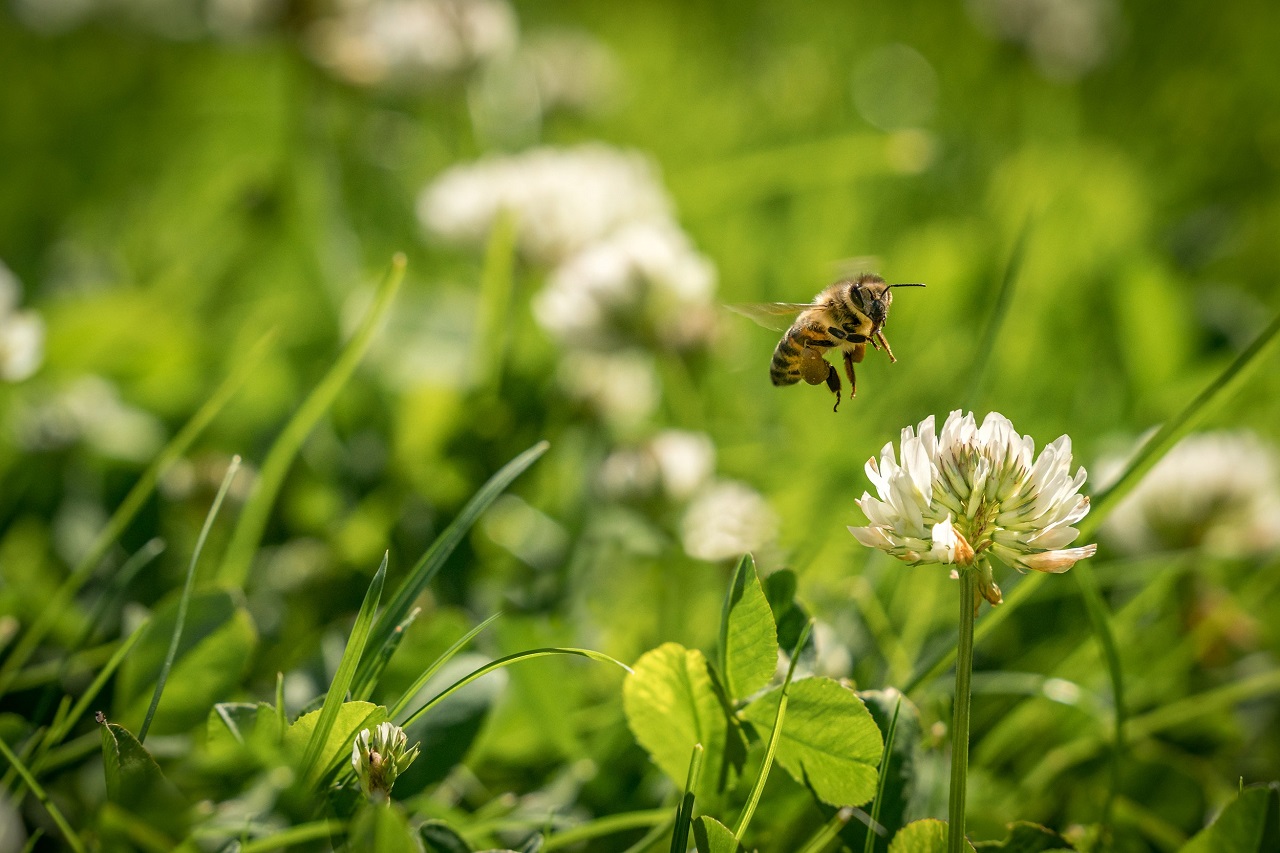 Last September when I moved into my new place in the country, I had an acre of neglected land to make decisions about (when I say neglected, I mean by humans, nature has always looked after its own).

This is how it was divided up:

My long term goal is to eventually put more of the conventional lawn to use for growing food.  I’ll also plant fruit trees and bushes.  But what to do about the fields?  Well, I decided to do nothing.

Instead of mowing down nature’s loveliness, I left it.  Laziness?  Partly.  But its also a practical way of attracting more bees.  By letting the field plants go to flower, I’ve created (allowed for) a bee smorgasbord.

What is a bee lawn?  Its an area that will tolerate some mowing and foot traffic but will also attract and support pollinators.  It is made up of a variety of grasses and flowering plants, often including clovers.

Why grow a bee lawn?

A variety of plants is better for the environment than plain lawn grasses:  better for soil health and supports diversity in the ecosystem.

Flowering plants support bees and other pollinators which are needed to maintain life on this planet.  No bees = no fruit.  The use of chemical pesticides has greatly reduced the bee/pollinator population and experts are highly concerned (I was going to put a link here but you can just google ‘bee decline’ and thousands of articles will pop up).

Plant diversity creates an environment that is less vulnerable to disease and drought and does not require human interference in the form of fertilizers, watering, or chemicals for survival.

Now I know that the orange flowers pictured, Hawkweed (Hieracium spp.), are considered invasive by the government and some planty types but I’m still on the fence about the categorization of any plants as noxious.  Right now, my attitude is:  if the bees like ‘em, I leave ‘em.  The part of my land where these are growing was disturbed (dug up/mowed) by human activity in the past and the truly native plant material was interfered with and that’s why the so-called invasive plants moved in.

I believe that, over time, Mother Nature will bring things back into balance as long as we humans don’t interfere any more.  So this plot is being left alone for the most part (I may mow it once or twice a year after its gone to seed).  There is some plaintain (Plantago spp.) that I’m gonna use in salads too – me and the bees will all chow down.

Meanwhile, I sit back and watch bees, butterflies, moths and flying insects enjoy the flowery delights.  There are also a few creepy crawlies like garter snakes (and frogs – I have an unnatural frog phobia which I may write about later) living in this mini-Eden but they too serve a purpose in the eco-system so I’ll live and let live.